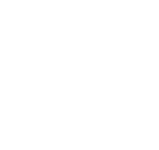 The International Home Show is
pleased to present Paul Lafrance.

Celebrity Superhouse Theatre
Friday, March 7 at 12:00PM
Get Decked OUT!

Meet Paul Lafrance, creator, owner, and CEO of Cutting Edge Construction and Design. With fifteen years of generating innovative and state-of-the-art custom deck designs, he is no stranger to the decking and landscaping world. He has successfully designed and built over a thousand decks across Southern Ontario—plus, he has designed thousands more across Canada and the U.S.A.. Paul has recently expanded his design firm to include all of North America, greatly broadening the frontier for his custom designs. With designs that are always original, each project offers its own uniqueness and the beauty that has come to define a Cutting Edge Deck. Paul’s vision is to demonstrate how even the most basic backyard can become a true “retreat” in an age where weekend travel to a cottage has become an impracticality for most. Aside from the artistry of the designs, every project boasts structural integrity and resiliency that lasts for decades.

Paul’s passion for design and architecture is matched by his love of music and composition. Being both a musician and a deck builder has given him the edge and the creativity needed to offer the one-of-a-kind deck concepts that have transformed countless backyards over the years. As Paul says, “You don’t need to be a musician to know a good song when you hear one. It’s all about how it makes you feel. A good backyard retreat is all about emotional response rather than just assembling sticks of wood!” His work has been featured on Home and Garden television, Holmes on Holmes, Breakfast Television, Holmes Inspection, and he has built projects for a number of high profile personalities, including “Canada’s most trusted contractor” Mike Holmes, for whom Paul built a stunning backyard oasis. He is the host of HGTV’s new television show called “Decked Out,” as well as the mini-series, “Deck Wars.”   http://www.cuttingedgedesign.ca

Jim and his wife Linda are the owners of Wild Birds Unlimited. Jim offers his expertise in birding and nature to local community groups through talks on how to create a bird friendly and biodiverse backyard habitat using the five elements:  food, water, nesting, shelter and garden design. Community groups include horticultural societies, retirement homes and adult social groups. Jim loves to talk to young children (children’s groups include Beavers, Sparks, Cubs, local schools, including pre-school and elementary school classes and school environmental groups) and uses his Canadian Wildlife certifications as a basis for teaching the children the importance of  preserving  biodiverse habitats and advice and suggestions to help further the enjoyment of backyard birding.

Over the past thirteen years Jim has appeared on local TV shows to bring his passion for birds and nature to many living rooms. Most recently Jim appeared on CTV’s national news station and was interviewed by anchor person Sandy Ronaldo on the Great Backyard Bird Count. Jim has been twice featured on Breakfast Television, once on Canadian Living TV and an appearance on the CTV National news to discuss bats and bat houses. Jim and Lynda have also provided local TV personality Frank Ferragine (Frankie Flowers) with birding advice and products for a Frankie Flowers backyard birding segment on CityLine.  Jim has also written numerous birding articles for Ontario Gardening and has provided the important birding facts for articles in the Toronto Star and Metro daily papers. Jim writes the very popular store newsletter BirdTracks. The newsletter is received by over three thousand subscribers and features articles on local birding.

The International Home Show is pleased to present Frank Ferragine.

Frank “Frankie Flowers” Ferragine is the author of Get Growing, Canada’s #1 gardening book. He reaches more than one million Canadians each week as the gardening expert for BT Toronto, CityLine and CityTV News, and also writes columns for Canadian Living and Canadian Gardening. His family business, Bradford Greenhouses, is one of Canada’s largest combined greenhouse/garden businesses. 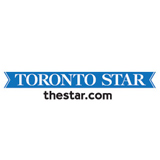